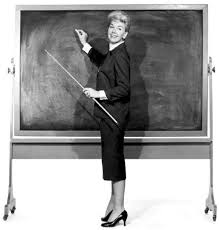 Today, when I was writing my learning goals (previously known as “objectives,” soon-to-be-known as “impossibilities”), I accidentally misspelled the word “assess” as “asses.”  Oh, happy accident. I considered leaving it for tomorrow.  And I laughed, audibly.  All by myself. At the whiteboard. Sniffing my dry erase markers.

Had you been a giant fly on the wall in my classroom or the hallway today (there is a real, live, giant fly taking turns dive bombing my colleagues’ and my classroom for weeks, despite sub-zero temperatures and gale force winds around the windows), you might not be so quick to judge my lowbrow reaction to my spelling error.  Don’t judge me, either, for naming the dive bomber P’fly Ylf, adding him to my class roster, and recording slightly higher grades for the fly than for my lowest achieving student.

After lunch, which is better described as Fight Club, I stepped outside my classroom door to check on my young Willem Dafoe at his most psycho.  Willem had earned a non-stop ticket to the main office during lunch, but, since he views such consequences as optional, he had chosen instead to slink around the door, making faces at the rest of my students, who are all one degree removed from mutiny after each and every lunch period.

As I opened the door, I witnessed a virtual hallway encampment of the less-than-high achievers from the class next door.  According to these trustworthy young lads, their sub had sent them to set up a shanty town right outside my door.  In addition, they had apparently been directed to sit there and draw ninjas.  Not having suffered  a severe lack of oxygen to my brain, I questioned the validity of their claims.  When a student hears a teacher yell to another teacher down a hall, in careful standard English, “Oh, yes! It is my understanding that their teacher instructed them to sit here outside MY door.  And he is required to draw ninjas,” they know that, sooner or later, the officials will arrive to break down their little Occupy camp.

All of this did not serve to mellow out Willem.  The school day did not close before he had received a request/suggestion from a student that he should spit upon another girl in my class, to which he cheerfully complied.  Wait—if I had asked him to spit on someone, there is no way he would do it! I’m devastated.

If this doesn’t explain solitary chuckling at inadvertent ass objectives and fabricated insect students, I don’t know what could.

I'm gonna keep going through this life thing but it's gettin' REAL WEIRD.