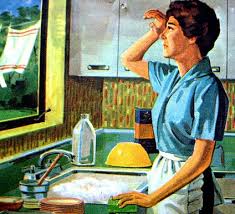 Like laundry or dishes, if you are a teacher, report cards will have to be done.  Over and over and over.  These days, however, we don’t really have a lot that we are permitted to say in our comments.  What used to be the precious little narrative in which one could convey to a parent that, a) I get your kid and I appreciate them, or, b) I have your kid’s number and yes, he actually does have homework four days a week, despite the story he may be telling you—that has been usurped by the far wiser upper dwellers who know that what parents really want to know is their child’s numerical score on SOMETHING.  They also suggest the wording to explain what the hell those numbers are that we are so lovingly sending to our parents.  Oh, and, careful not to say anything personal (read: not quantitative).  Referring to a student’s personal qualities is considered unprofessional, apparently.  I do it anyway; of all the things they are looking to use as an excuse to can teachers, I’ll gladly go down in flames on the “kind and thoughtful” comment.

Thank you for taking up the one little rectangle of text where I felt that my perspective mattered.

And so, dear readers who have graciously read my predictably periodic feature about actual report card comments that we might write, along with their counterparts, the comments that tell the facts in a slightly harsher, less diplomatic light, the gap is widening.

Sherfleece scored 22 on the IRFTY (I Read Faster Than You) assessment.  A student performing on grade level should score at least 44.  In math, we are studying strategies for understanding place value and addition and subtraction to 1,000.  Because she is reading so far below grade level, she  does not understand the language on our new, rigorous math tests.  She can complete 6 more problems in January than she could in September.  By the end of the year, she should be able to complete at least 44.

Sherfleece likes things that are pink.  She can spell “pink” on a good day. She requires a team of classmates to tie her three foot long pink shoelaces four times a day.  Although she cannot actually read, she prefers to take out her library book during math, as the language in our math instruction for six-year-olds was written by a dude at Oxford University who does have a six-year-old pet turtle.  Please send pencils.  Please do not send tinted lip gloss, pretty stickers, or craft supplies for making bracelets.  Thank you for sharing with me that seven people in your immediate family have an ADHD diagnosis, but we are not sure about Sherfleece yet. My diagnosis: I am a psychic.  She’s got it.

Plantain is beginning to identify letter sounds.  He sometimes speaks to me in English to use the bathroom.  He scored at a Level Subzero on his IRFTY (I Read Faster Than You) assessment, while grade level students should score 44.  He scored zero on his math computation assessment. Plantain should be practicing his letter names and sounds at home, and memorizing math facts daily.

Plantain is making great progress, considering the fact that he has lived his entire life in a refugee camp until three months ago.  His scores on any test should be the least of your concerns.  He is smiling at school and he doesn’t fall asleep after spending the day surrounded by people speaking another language.  Plantain is doing just fine.

GIJoe has the potential to be a top student. He is reading at grade level, although he has difficulty answering questions about what he reads.  He scored 44 on the IRFTY (I Read Faster Than You) assessment.  He also scored 44 on his math computation assessment, but resists showing his work. He will need to make better effort  and positive behavior choices in order to continue to progress.

GIJoe acts as if I asked him to go to the scary woods with a bucket to fetch water whenever I ask him about his reading. You’d think he’d be down for the challenge, considering he wears camo head to toe a couple of days a week. He reads like a robot, and when asked a question such as “In what other machines might you find computers used today? Find the answer on p. 5,” his answer reads, “In America and Canada.”  Ask him to go to page five, pencils spontaneously break, he can’t hold his head up, page five ceases to exist.  If it ain’t easy, he ain’t doing it! Joe steals my markers and chalk and flushes them down the toilet.  Teaching GIJoe = Dental Surgery. Six hours a day.

All in the Family–WordPress Style January 14, 2014

Thanks to The Sailor’s Woman who nominated me for the WordPress Family Award! As far as I can tell, all that I have to do to comply is to list ten blogs that I enjoy. I don’t have to reveal my favorite grain (barley!) nor identify my choice in couch fabric.

I am also pasting the inspirational logo up top, just to cover my ass.

Since this is so low labor, I am going to bother some of my tried and true blogs that I do consider to be, in some sense, my WordPress family.

ambling and rambling Because we are almost exactly the same age even though I don’t know her age. We both remember 45 records that you could cut out of the back of cereal boxes. Yes, we are 23!

drinking tips for teens Because it’s funny and it’s Canadian.

enchanted seashells Because she’s a Renaissance woman like me. Except for the Chanel thing.

snarky in the suburbs Because it is required reading.

the fur files Because she posts super regularly and can be counted on for some disturbing images and some nice vids of her handsome son singing in his handsome voice.

lame adventures Because the lamer, the better.

The Kitchen Slattern Because she is one day going to show up on my doorstep with a bottle of wine.

Sorry.  If you wanted a math blog, you came to the wrong virtual doorstep.

“I am a human being, not a human doing.” Such a trite little New Ageism, probably coined by Stuart Smalley, back before Al Franken became a US Senator.

Actually, I did come across a blurb that encapsulates the sentiment:

“I am a human being, not a human doing. Don’t equate your self-worth with how well you do things in life. You aren’t what you do. If you are what you do, then when you don’t…you aren’t.” – Dr. Wayne Dyer

The To-Do List is, as we all know, never done. NEVER.  What a freaking recipe for disaster. Even if every item were ever crossed off, another five or so would stand up, front and center, to remind us of our basic, gnawing,  inadequacy.   Sweet.

I have a colleague who writes stuff down and shoves it in his pocket, a sort of deconstructed to-do list.  There is a certain genius in this, I think, not because it is foolproof and he will never forget something, but because he WILL.  There is space for a human being to accidentally wash away the reminder of the human doing when the jeans hit the wash with one pocket uncleared.  Disaster? Hardly.  I, for one, need to remember from time to time that the world is, in fact, NOT going to come crashing to a halt if something on the list slips through the cracks.

But what if it’s something important?

Really? Is it? Will it be in a year? Will it result in  someone being deeply hurt by me? Mostly, even seemingly crucial deadlines would, in fact, end up compromising my ego more than anything else. For me, some of my most egregious errors probably were in the following category: I am freaking out and sick to my stomach about the message I am getting that there is no way I can do enough or be good enough at work—and that pain and fear makes me edgy and impatient with my loved ones.  Oh, yeah, priorities straight as an arrow there.  Doing a couple more hours of data recording for my teaching job is going to take care of everything.

What will take care of everything? How the hell do I know? I suspect it has to do with shutting up and letting my son’s words wash over me when I am overwhelmed: “You’re the best Mom ever.”  When I forget, he tells me again.

I was reading something the other day that gently reminded me of the fact that we really are all just a mess and that’s okay and no one knows how the hell we’re going to traverse the next little bit.   So we try to make a little to-do roadmap and it never feels as neat as we think it should.  Because to-do keeps on collecting, tenacious, like dust.

“You’re the best mom ever.”  It is super shiny, every time! No to-do attached! What a relief.

What’s the coolest thing about having pancakes with real maple syrup?

It is very cool that dwellers of the sugar maple forest (once a destination on the Candy Land board, I think) figured out that they could make that watery sap into something by which they could tie on a sugar buzz in no time flat.

But the thing that makes me the happiest about this culinary experience is THAT EENSY WEENSY HANDLE on the glass bottle!!! How has that little jewel escaped the age of downsizing?  I don’t care how.   I will just continue to salute the perfection and minimal functionality that defines the maple bottle earring/handle for as long as it lasts. At the risk of sounding clichéd, THAT’S ENTERTAINMENT.

Because you can never quarantine the past

Life as a sandwich generation x’er, stacked with irony. As a ‘normal’ person peering out from the boundaries of suburbia, as a transplant from another state, maybe another planet. As a mother of teenage boys and freelance working writer balancing parenting with helping to care for my mother. And now as an only child of a mother with Alzheimer’s (which sucks).